Thank you for your feedback.
Did you find the information you required?

Tim Lear joined BMT in 1990 after graduating as a mature student from Southampton. Tim is a Chartered Engineer (Member of the Royal Institution of Naval Architects) and a PRINCE 2 practitioner with over thirty years experience (starting as a Mechanical Engineering apprentice at the age of 16) working in engineering and design projects.

Tim is assigned to the NSASS team as BMT’s Project Manager, working with the alliance members to set up the service and manage the implementation. Tim works together with Ben Cuckson (LR) to manage the delivery and development of the NSASS framework, and specifically taking the NSASS lead on those tasks relating to the General Naval Specification and Key Naval Standards.

Tim’s work at BMT has provided him with a wealth of experience in both submarine and surface fleet, design and in-service support projects. These include the Future Frigate (precursor to the Type 45 Destroyer), Vanguard Class nuclear submarines and the QE Class of Aircraft Carriers (QEC).

Tim’s work with the QEC project, has given valuable experience in both technical issues and the wider design development and trade-off drivers of a large project. Tim’s work with the RN Submarine Project Team assisting them in the development of their Technical Assurance policy has given him valuable exposure to the UK MoD processes in a large number of associated assurance areas. Through his involvement in the development and project management of the General Naval Specification, Tim he gained a good appreciation of surface ship requirements development and their relationship between standards and policy.

Tim is active in running the Technical Assurance Team within the Naval Architecture Department of his parent company, BMT. Here he heads up a small team of highly focused staff who assist him in coordinating, not only the department but the wider company offering in the area of Technical Assurance.

In addition to spending time with a lively young family, Tim also enjoys cycling and is a keen sailor. Tim maintains the practical application of his engineering skills through motorcycle restoration and keeping his 1969 Land Rover running. 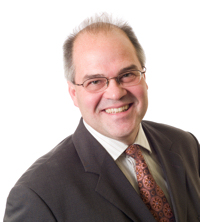